When bird watching in Tofino people may think of Eagles and Oystercatchers—but from June to September—Tufted Puffins rule the rookery.

Here are some interesting puffin facts. These important and interesting animals may be seen on a summer eco tour in Tofino with WCAS Whale Watching. A unique opportunity that comes with birdwatching in Tofino is the proximity to one of the largest nesting areas in the world on Triangle Island. In the summer months keen bird spotters can see these unique animals as they transit and hunt to feed their hatchlings from June to September around Tofino. 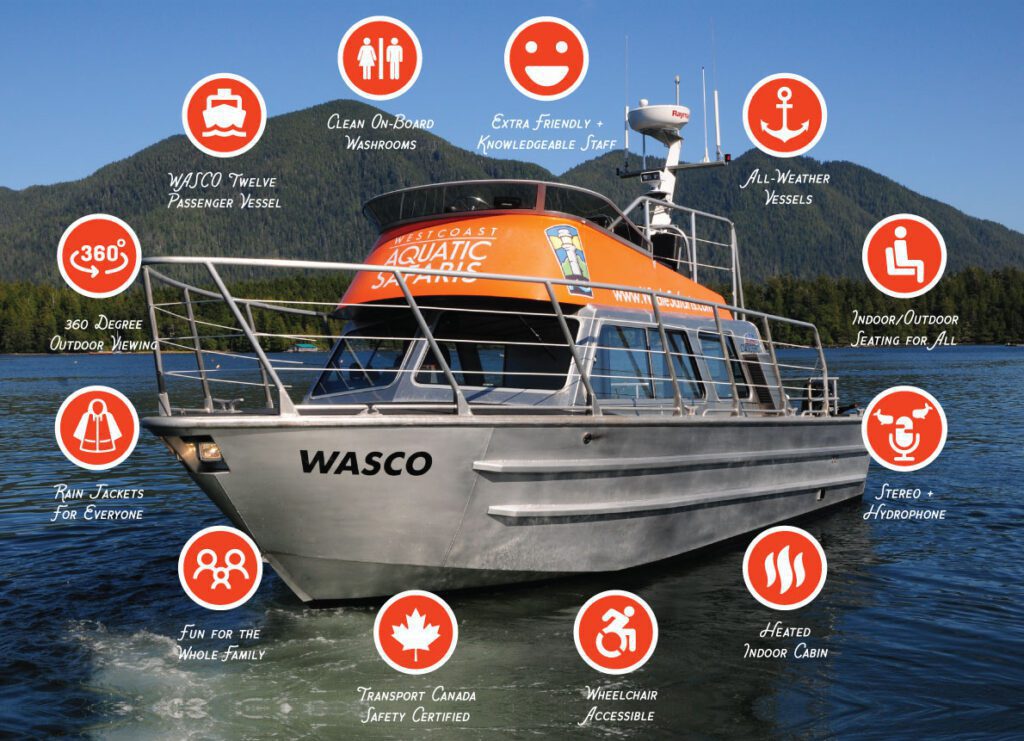 Tofino wildlife tour tip: Not all whale watching tours in Tofino are the same. Comfort and amenities vary greatly by boat type. Get the most boat for your buck with West Coast Aquatic Safaris Tofino. All our boats include onboard bathrooms for your comfort and convenience.